If you believed horror movies were solely a Hollywood phenomenon, you may want to reconsider. Over the years, filmmakers from all over the world have mined the genre, producing some of the best horror movies ever made. Thrilling cinematic experiences, the following is our top ten list of horror films from around the world, with a concentration on international classics with original concepts, outstanding performances, memorable characters, and unique storylines.

You should clearly check out all the best horror movies that are listed below.

Dario Argento directed Suspiria, one of the best horror movies of all time, a 1977 Italian horror film that is a cult classic. During a sequence of mass murders, an American newbie at a prominent German dance academy realizes that the institution is a cover for something sinister.

The Orphanage is a 2007 Spanish horror film directed by J.A.Bayona, one of the best horror movies of all time. The plot revolves around a woman returning to her childhood house, which used to be an orphanage, with her family. Soon after, her son begins to speak with an unseen acquaintance.

F.W.Murnau’s Nosferatu is a silent German Expressionist horror film released in 1922. The release date may seem very old but old horror movies have the potential to match up against any new horror movies to date so we can say that this is also one of the best horror movies of all time. The gloomy, gothic ambiance of this movie, along with a terrifying performance by Max Schrek as the vampire, made it one of the silent era’s most iconic classics. 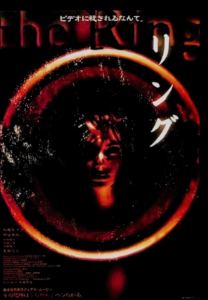 Even if you aren’t a huge horror lover, Ringu is worth checking out, it’s still one of the best horror movies of all time. This psychological supernatural movie is directed by Hideo Nakata. The story follows a reporter and her ex-husband looking into a sequence of young deaths that have been linked to a strange videotape. When their own kid becomes a victim, their inquiry takes a terrible turn. 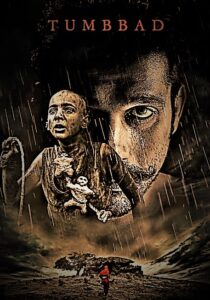 Tumbbad is a Hindi-language period horror film directed by Rahi Anil Barve that was released in 2018. A mythical narrative about a goddess who created the entire universe and the ramifications of people constructing a shrine for her firstborn, who is forbidden to be worshipped.

This 2016 released South Korean horror movie is written and directed by Na Hong-jin. The plot develops around an investigation of a police officer’s series of unexplained murders and illnesses in the remote Korean town of Gokseong in an attempt to save his daughter.

Dabbe: Curse of the Jinn, this 2013 Turkish movie is a true definition of horror. Directed and written by Hasan Karacadag, it is the fourth film in the Dabbe series. It’s much scarier when you know it’s based on a true story.

The shutter is a supernatural horror film directed by Pisanthanakun and Parkpoom Wongpoom released in 2004, in Thailand. When a young couple leaves the scene after running over a girl, they discover strange shadows in their photos. They quickly learn that you can’t escape your past.

Joko Anwar’s directed Satan’s Slaves is a 2017 Indonesian gothic horror film. The story follows a woman who returns home to pick up her children after dying from a strange sickness she had been struggling with for three years.

The Babadook is a psychological Australian horror film written and directed by Jennifer Kent. When a creepy children’s book titled “Mister Babadook” surfaces in their house, a single mother and her son sink into a deep pit of anxiety.

BEST MOVIES WEBSITES TO WATCH MOVIES ONLINE IN 2022. [FOR FREE]

CHECK OUR PARTNER’S WEBSITE FOR TECH UPDATES AND SUPPORT 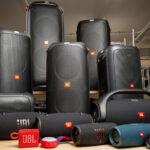 BEST MOVIES WEBSITES TO WATCH MOVIES ONLINE IN 2022. [FOR FREE]